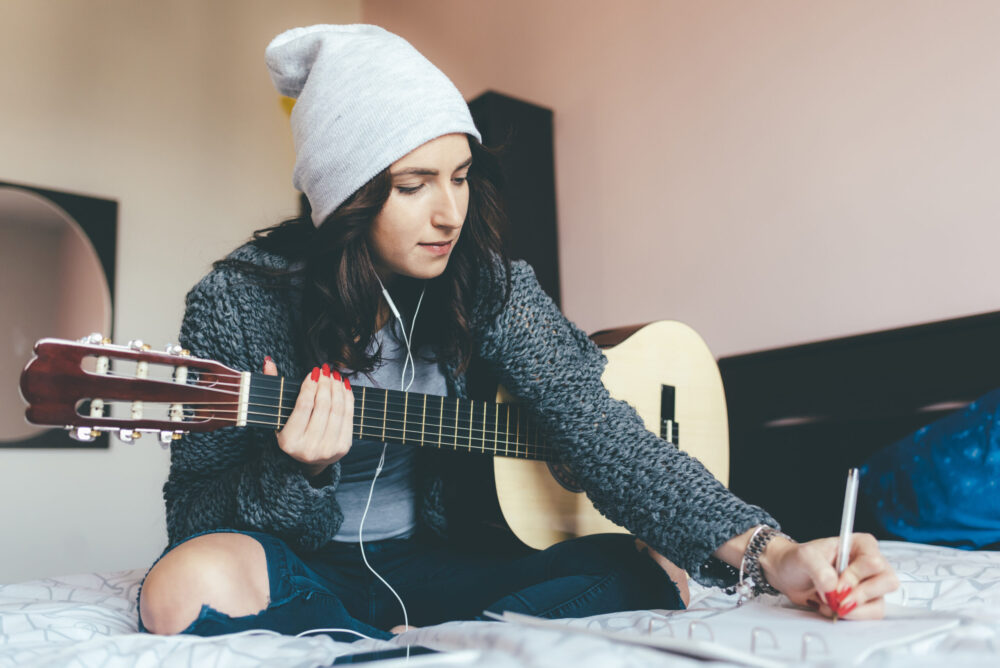 When teaching grade school math, if students are engaged in some type of musical training or activity, they usually perform much higher than their peers who are not.  Such is the case with a study done by Nicole Else-Quest, Krista Hayden, and C. Neil Macrae in “Effects of background music on reading comprehension.”

Although some musicians may appear to have a special natural talent for music, musical performance is the result of constant practice. Children who are trained in playing a musical instrument tend to develop skills that can be used to improve their other academic abilities. This includes such things as increased memory capacity and faster information processing skills, both of which help with general learning.

According to Scholastic, by incorporating musical activities throughout your day, you can provide children with opportunities to strengthen basic math skills.

Think about the skills involved in singing a song such as “This Old Man”. This simple song incorporates many basic math skills, including matching and comparing (through changes in pitch, volume, and rhythm); patterning and sequencing (through repetitions of melodies, rhythms, and lyrics); and counting and addition (identifying cardinal numbers and adding one more with each verse). When you add moving to the beat, you have created an entire mind/body package of learning rolled into one song!

How is math used in music for Kids?

Teaching math through music provides several benefits to students, teachers, and parents. Children who study music tend to have greater success in mathematics, not only by the benefit of the training they receive in math but also because they are better able to focus on their work. They are more productive when engaged with an activity that uses both hemispheres of the brain. Aural skills are also developed which are critical to reading music, mapping note values onto mathematical operations, and recognizing patterns.

With all of these benefits for students who are taught math through the use of music, some teachers have successfully found ways to integrate it into their curriculum without making it too time-consuming.

Music has many benefits for children’s development, including cognitive, academic, and even social skills. Studies have shown that children who study music tend to do better in other subjects such as mathematics because of the training they receive in areas such as pattern recognition and memory.

While some students may seem to be naturally talented at playing an instrument or singing, it is a skill that requires practice and concentration. Children who study music develop skills that can be used for their other academic abilities. Memory and focus are increased with musical study, as well as mapping note value onto mathematical operations and recognizing patterns.

Teaching children through the use of music provides many benefits not only to the child’s development but also to the teacher and parents. Children who know how to play a musical instrument are usually better at studying, have greater academic success in reading and memorization, and it can help them do better in other subjects such as mathematics.

As already expressed, math is used all throughout music in rhythm, scales, and instruments. More detailed examples would be when you see certain notes in music. For example, the key of C consists of only natural notes (A B C D E F G). These notes actually relate to a C major scale which has no sharps or flats in it. The D flat is one-half step down from the D natural note and that makes up a different key altogether.

Other examples of math in music would be the use of key signatures and time signatures.

Key signature: there are twelve notes that makeup one octave (A B C D E F G) and only seven different clefs (bass, baritone, tenor, alto, soprano, mezzo-soprano and countertenor). Each clef is split in half and each half has a sharp or flat in it. If you see the key signature at the beginning of sheet music, there will either be no flats or sharps written in it. This changes when different keys are played such as A major and F major.

Time signatures: every bar in a piece of music has two numbers in it separated by a colon. The top number is the number of beats, and the bottom is what kind of note gets a beat. 4/4 time means that there are four beats per bar and the quarter note gets one beat.

What instruments use math in playing?

Instruments that use math in playing come from scales and harmonics. Instruments like the piano, guitar, and drums use scales. The science and mathematics of music (Johnston & Hargreaves, 2012) state that a scale is “a sequence of notes arranged according to the frequency ratios 4:5:6:8.” This means instead of having twelve notes each increasing by a half step, you will have seven and they will increase in fourths and fifths. The guitar and piano use scales where the E string is just tuned to an octave higher than the open E string.  Another instance would be with the drums. A lot of percussion uses perfect fourths, fifths, octaves, etc. to keep the beat.

What are some examples of math in playing an instrument?

An example of math in playing an instrument would be on a piano. When you play certain notes together at the same time, they sound more harmonious than others. This is because there are mathematical equations that dictate which combinations will work and which will not.

An example of math in playing an instrument would be when you are reading sheet music. To play what the notes say, you have to know where they start and end on the staff which will tell you how many beats per measure there are, how long the note gets, etc.

How is math related to singing?

Math is involved with singing because it takes math to figure out which pitches sound good together. An octave is made up of multiple notes and they make the harmony in most songs.

Music is full of math whether you realize it or not, so if your favorite pastime involves listening to music, you might want to look into what went on behind the scenes! 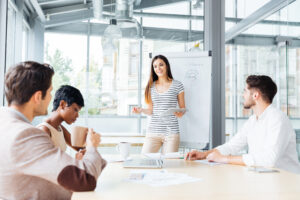 Previous post What Are the Effects of Lack of Communication? 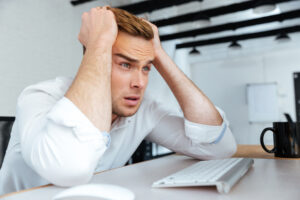